Seventy Tibetans have, one after the other, in relentless and purposeful succession, set themselves on fire for the cause of their people’s freedom. If anything so heroic, selfless, spontaneous, non-instigated, and entirely non-violent* had happened anywhere else in the world, especially in the West or in places important to Western interests, like the Middle East or North Africa, these self-immolations would not only have become headline news but would have been discussed to death (if you will forgive the expression) in TV news-shows, chat-rooms, newspaper op-eds, editorials, blog-rooms, think-tank forums and so on. The issue could even have come up in the American presidential elections, and Tibetan TV viewers watching the foreign policy debate might have been amused by the vision of Mitt Romney scolding president Obama for ignoring the immolations in Tibet and “apologizing” to China – or its equivalent in this alternate reality.

But, of course, nothing of the kind has happened in our space-time continuum. Far from being the subject of international discussion the world media has given the Tibetan immolations the absolutely minimum attention it is possible to give to a major news story, without actually opening itself to the charge of deliberately and cynically ignoring the issue altogether.

All I’ve seen in the last couple of years in the New York Times, America’s proclaimed “newspaper of record” are a few bare-bones reports and the mandatory two-sentence synopses in its international news briefs. Recently a longer story appeared on Kirti monastery, with passing mention of the immolations, but one got the impression that the story was written largely because American ambassador Gary Locke paid a visit there. Tibetans everywhere are angry and frustrated, but not, I think, completely puzzled by this craven attitude of the world media and world political leadership. It doesn’t require great political sophistication to realize that China’s economic power has compromised many individuals, institutions, even nations in the free world. At the same time I am not sure that everyone is aware of how deeply the rot has set in.

For about a year now, every once a month or so, in the center of it front section, the New York Times has published a full double-page spread from the China Daily, the state-owned English-language newspaper of China, called “China Watch.” One issue of this was devoted to the Diaoyu/Senkaku dispute, featuring possibly the largest ever photograph of these tiny Islands ever published. Of course the coverage was straight-up Beijing propaganda. It should be noted that the Times does, once in a while, publish full-page issue-based statements from individuals and organizations, but these, are clearly paid-for advertisements and are indicated as such, and also evident in their lay-outs.

But for America’s “newspaper of record” to near regularly reprint a center-fold color spread from the official Chinese Communist propaganda organ, was bizarre enough that the New York Observer came out with a report on this oddity on August 26 last year,  where it remarked on the misleading lay-out of China Watch in the New York Times. “It is marked as an advertisement (the gray blur in upper right and left corners), but otherwise resembles a newspaper layout.” The Observer also noted that “It even has an ad-within-the-ad that says that China Daily is launching a US weekly September 2.”

But of course no matter how craven (or money-grubbing) one feels the New York Times is being here,  it is still, of course, not the People’s Daily or the old Pravda. The Times just came out with a major story on corruption within Chinese premier Wen Jiabao’s family, though I wondered why they did it just a month before Wen would be out of power, and not earlier? Wen Jiabao had been in office since 2003 and the stories of corruption in his family were not really new. But perhaps I am nitpicking.

I must make it clear that I am not saying that the New York Times, the BBC or CNN have not reported the immolations. Clearly they  have all done so, though only to the minimally acceptable extent – CNN being the worst offender. Even the tone of the published reports have been uniformly clinical and impersonal as weather reports. But the big evasion in these reports is the lack of discussion on the fundamental cause for which these Tibetans burnt themselves.

And on this matter we cannot just assign blame on the international press and political leadership. The entire Tibetan exile leadership and many individual exiles and groups are also complicit in this knee jerk prevarication – this beating around the bush, whenever another immolation is reported. Of course, the Dharamshala administration through the Tibetan Center for Human Rights and Democracy (TCHRD)  has regularly distributed reports on the immolations, and everyone down the line has made the appropriate remarks on how deplorable it all is. Prayer services, candle-light vigils and demonstrations are held. The Tibetan Parliament launched a major project, the “Flame of Truth” relay, modeled after the Olympic torch relay, to draw public attention to the immolations. The torch is, incidentally, a traditional butter-lamp (choe-gung) with a metal handle stuck at the bottom and a fake plastic flame rising from the top.

But on the issue of why people in Tibet are burning themselves everyone in Dharamshala invariably and skillfully skirts the issue with non specifics. In one instance the immolations were described as “… acts of protest against China’s policies in Tibet”. Which is so incredibly vague as to be ultimately meaningless.

What the Tibetan immolators have been calling for is the freedom and independence of Tibet, a message that was clearly put forward in the very recent immolations of two cousins Tsepo and Tenzin, in front of a government building in their village in Biru county north of Lhasa.  All reports noted that they  “called for independence for Tibet as they set themselves ablaze”.  The call for Tibetan independence has also been made on other occasions in earlier immolation though more general calls for freedom (rangwang) have also been made. But most of the calls made have been for “The return of the Dalai Lama to Tibet.” This last slogan has allowed the immolations to be interpreted as essentially an issue of religious freedom which could be settled if China conducted negotiations with the Dalai Lama and allowed him to return.

In fact during a lecture I gave at McLeod Ganj this summer, a young monk in the audience, a Middle Way supporter, politely  asked me this question: that since many of the immolators in Tibet had called for “the Dalai Lama’s return to Tibet”, wasn’t it more important for Tibetans to seek a way for the Dalai Lama to return to Tibet, than to keep up the struggle for Rangzen? It was a legitimate question. I had been thinking on this issue for quite sometime and I was glad for that opportunity to voice my conclusions in public.

All the immolators, indeed all Tibetans everywhere, absolutely want His Holiness to return to Tibet. But right now? With unprecedented security and military clampdowns throughout Tibet – and with troop strength, organizational capability, resources and technology many hundreds even thousands of time more than the PLA ever had in 1959, what would happen if the Dalai Lama returned to Lhasa and something went wrong. His chances of escaping would be absolutely nil. Furthermore there would be no armed resistance force like the 4 Rivers 6 Ranges that we had in ’59, nor the remnant of the old Tibetan army that spearheaded the Lhasa uprising and kept the Chinese forces in Lhasa pinned down for the few crucial days that allowed the Dalai Lama to escape. World opinion? What about international support for the Dalai Lama? Don’t count on it. Remember the obscene haste with which everyone rushed back to do business with China after the Tienanmen massacre.

No. I have too much respect for the intelligence and integrity of the immolators to think they were actually asking that the Dalai Lama return to Tibet right now. I think these people are using a kind of religio-historical metaphor, to personalize a broad political ideal and make it more immediate and meaningful to the common Tibetan. We should remember that Andrugtsang Gompo Tashi successfully used his project of building a golden throne for the Dalai Lama as a means of uniting various groups of Tibetans to ultimately form a resistance movement to fight for Tibet’s independence. 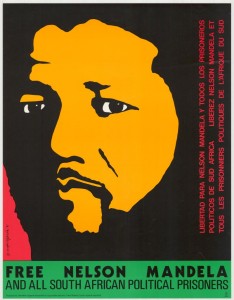 Political movements often use symbols and symbolic language . A relevant example from recent history would be the resounding slogan of the anti-apartheid movement in the eighties and nineties – “Free Nelson Mandela!” Nearly all the dramatic posters of that period had the graphic “Free Nelson Mandela, with a secondary message “Abolish Apartheid. or “Free South Africa”. A number of famous African signers and songwriters Johnny Clegg, Hugh Masekela, Brenda Fassie, Majek Fashek  came out with songs with this message “Bring Him Back Home” and “Free Mandela” etc. The British musician and songwriter Jerry Dammers wrote “Free Nelson Mandela” which reaching No.9 in the British charts and became very popular in Africa.

Of course the ANC and the leaders of the anti-apartheid Movement were not saying that if Nelson Mandela were released then the problem of South African freedom was solved. What they were doing with the slogan “Free Mandela” was taking one of all too many political (and humanitarian) causes in Africa and the world, and giving it a unique and accessible brand; providing a distinctive human face, the face of a charismatic leader whose incarceration could symbolize the injustice and brutality that millions of blacks in South Africa were suffering under white rule.

It is vital for all Tibetans, supporters and the exile administration to appreciate the slogan “the Dalai Lama must return to Tibet” in this larger visionary spirit, and let the world know that Tibetans in Tibet are calling for a nothing less than the return of their sovereign ruler to his independent homeland. And that call is clearly not just a rhetorical one. The unbelievable courage, resolve and selfless sacrifice of the seventy self-immolators have so fundamentally changed the political dynamics in Tibet and so exponentially altered the revolutionary climate, that although His Holiness is now quite old at seventy-seven and has retired from office, it might be a good idea for his official biographer to hold off writing the final chapter on the Dalai Lama’s political legacy, at least least for the next five years.

* Gandhi told his American biographer, Louis Fischer, that German Jews ought to commit collective suicide, which “would have aroused the world and the people of Germany to Hitler’s violence.” After the war he justified himself: the Jews had been killed anyway, and might as well have died significantly. In 1942, he urged non-violent resistance against a Japanese invasion, he was ready to admit that it might cost several million deaths. We also know that Mahatma Gandhi was absolutely prepared to die when he undertook his hunger strikes.

47 Replies to “Make It a Burning Issue”