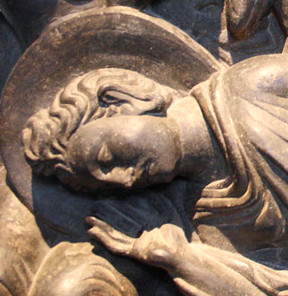 At a time when many democracies are being undermined at home by corrupt politicians or threatened externally by would-be totalitarian regimes, perhaps a discourse the Buddha gave before his great passing, his mahaparinirvana, might provide an inspiration for dealing with such threats.

I first came across a reference to this discourse in A.L. Basham’s The Wonder That Was India[1], a dog-eared copy of which I picked up at the Daryaganj book market in Old Delhi.

The Buddha himself, though a friend of kings, seems to have had a deep affection for the old republican organization, and in a remarkable passage he is said to have warned the Vrijjis shortly before his death that their security depended on maintaining their traditions and holding regular and well attended folk-moot.

The Vrijjis (Sanskrit) or Vajjis (Pali) were a confederation of republican tribal states and one of the principal sixteen major nations (Skt. solasa mahajanapada) in North India during the time of the Buddha. We know that the Buddha himself was born in a republican tribe, the Shakyas, where his father Suddhodana held, for a term of twelve years, the title of raja, which appears to have been an elected presidency or chairmanship of sorts and was not a hereditary kingship.

The Mahaparinivana Sutra (Pali, Mahaparinibbana Sutta) a part of the Digha Nikaya or the collection of the Buddha’s long discourses, was in fact his last discourse before his passing. We are told at the outset that King Ajatashatru of Magadha was planning to wage war on the Vrijjis and intended to annihilate them. He sent his minister Vessakara to meet the Buddha at Rajghir, the Vulture’s Peak, where the Buddha often taught. Ajatashatru was a ruthless, ambitious ruler who had murdered his own father, King Bimbisara, but had, strangely enough, absolute faith in the Buddha’s wisdom and integrity. He wanted honest feedback on his military plans and instructed his minister to tell the Buddha of his intention to wage war on the Vrijjis, adding “Whatever the Blessed One should answer you, keep it well in mind and inform me; for Tathagatas (‘one who has thus gone’) do not speak falsely.”

After paying homage to the Buddha, Vessakara informs him of King Ajatashatru’s plans. There are a two different accounts of how the Buddha answers: In one, the Buddha does not respond directly to the minister but turns to the Venerable Ananda, his disciple, cousin and principal attendant, and asks him seven questions on the state of the political and social institutions of the Vrijjis. After Ananda replies affirmitively to each question, the Buddha comments “So long as this is the case, Ananda, the growth of the Vrijjis is to be expected, not their decline.”

At the conclusion of Buddha’s discourse “… the minister Vessakara spoke thus to the Blessed One: ‘If the Vrijjis, Venerable Gotama, were endowed with only one or another of these seven conditions leading to a nation’s welfare, their growth would have to be expected, not their decline. No harm, indeed, can be done to the Vrijjis in battle by Magadha’s king, Ajatashatru, except through treachery or discord.’ He then made his obeisance to the Buddha and returned to Magadha.”

In either telling, the Buddha lays out seven qualities that leads to a republic’s prosperity. The Buddha’s questions are thus a litmus test for the health of a nation and are worth asking again today. I have laid out the seven questions the Buddha asked and have attempted to show how they might be applied to our times.

It might be noted that nowhere in his discourse did the Buddha advise the Vrijjis to follow the path of non-violence and not resist Ajatashatru’s planned invasion. Buddha understood that the Vrijjis had to fight to preserve their freedom. He also believed that the first effective line of defense for a republic was in the vigilant and scrupulous maintenance of its democratic customs and institutions.

Seventeen years after the Buddha’s passing the Vrijjian confederation fell prey to “treachery and discord” instigated by agents (including a prostitute and a fake astrologer spreading disinformation) planted by the minister Vessakara. Somewhere around 468 BCE[4] the principal clan of the Vrijji confederation was defeated in detail by Ajatasharu’s powerful army. In Buddhist accounts Ajatashatru himself was brutally murdered by his own son, Udayabhadra, some eight years later.

While the Buddha’s advice for political well-being may be cogent and apt, another lesson from the Mahaparinirvana Sutra, in fact his last words, appears to supersede it: “Bikkhus I exhort you: All compounded things must come to an end. Strive on, untiringly, for your own liberation.”

[3]  Bikkhu Bodhi In the Buddha’s Words: An Anthology of Discourses from the Pali Cãnon, Wisdom Publications, Boston, 2005, p. 117

[4] Upinder Singh, A History of Ancient and Early Medieval India: From the Stone Age to the 12th Century, Pearson, 2009.

One Reply to “The Buddha’s Discourse on Defending Democracy”