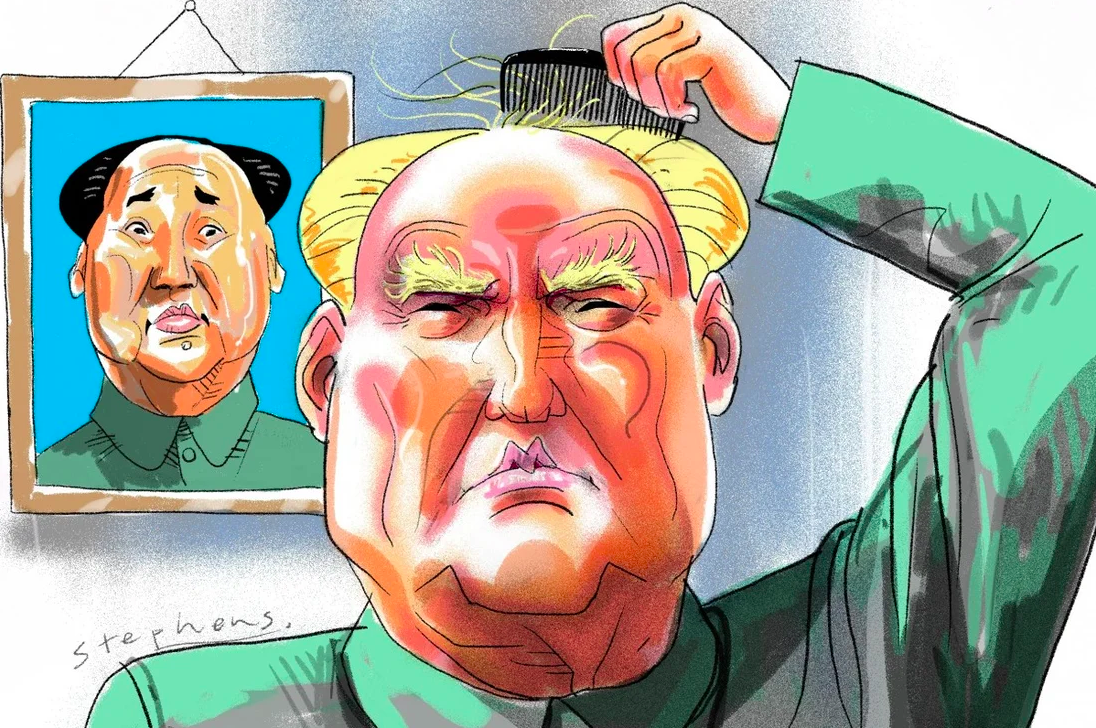 When Trump held his infamous rally on the 6th of January and urged his supporters to “march to” (read “storm”) the US Capitol Building, and further called on them to “cheer on” (read “threaten”) US lawmakers to reverse the “stolen” election, I had a strange moment that I can only describe as “fuzzy” deja vous. What I mean is that I knew I had heard or read about something like this before but I couldn’t exactly recall what it was.

Then yesterday it came back to me. In May 1966, Chairman Mao called on the youth of China to ‘Seize Power’ and ‘Bombard the Headquarters’. He also proclaimed that ‘to Rebel is Justified.’

Communist China did not have presidential elections, but Mao had earlier been sidelined out of power by the senior Party leadership for his disastrous Great Leap Forward campaign, and was replaced by Liu Shaochi as Chairman of the PRC. Like Trump, Mao hated losing power, and like Trump, he called on the disaffected section of Chinese society, in Mao’s case the marginalized youth, many of whom had “sent down”(zhiqing) the countryside to perform hard labor.

Further comparisons with the Cultural Revolution should not be drawn, but before discontinuing this line of inquiry, I have to say that Americans should consider themselves, at least where coups are concerned, the luckiest people in the world.

We are all lucky that the one serious coup this country has faced was launched by a clownish, incompetent, intellectually-challenged, self-absorbed, craven leader (with, admittedly, a measure of low cunning) and not by a deadly serious, focused, messianic and murderous leader like Mao Zedong with a fanatical following of Red Guards ready to give up their lives for the “Great Helmsman.”

However enraged they were with Biden’s victory, Trump’s followers could not, of course, be described as deprived or marginalized. A Huff Post report claimed: “Donald Trump supporters who ransacked the U.S. Capitol last week weren’t short on cash or propelled by severe economic anxiety. The insurrectionists came to Washington by plane. They stayed in Airbnbs and at the Embassy Suites. Some were cops. There were doctors, lawyers, a Chicago real estate broker, teachers ― even a school therapist. A CEO.” Many were carrying IPhones and taking selfies. They were also wearing a variety of costumes including superheroes, Abraham Lincoln, the Statue of Liberty and a Viking with a horned helmet.

I am in no way trying to downplay the seriousness of the Jan 6th coup attempt. Five people died in the attack and for all its bizarre and clownish aspects there were armed contingents carrying automatic weapons and pipe bombs –– within the larger crowd. Nonetheless the defining emotion of the insurrection does appear to be one more of petulance and self-indulgence than fanaticism and focus.

The failed coup has at least given the nation an essential wake-up call and ensured the security of the coming administration. Perhaps, more vitally it has provided the justice system an opportunity and legal justification to conduct a thorough, nationwide crackdown on all domestic terrorist groups (white supremacists, right-wing extremists, militias et al), and thereby demonstrate to the world the resilience of American democracy.

Like I said, Americans are (deserved or not) the luckiest people in the world.

4 Replies to “A MOST SELF-INDULGENT COUP”