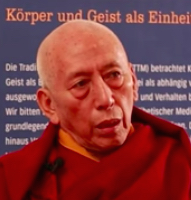 In January this year at the 106th Indian Science Congress (inaugurated by Prime Minister Narendra Modi) the head of a South Indian university cited an old Hindu text as proof that stem cell research was discovered in India thousands of years ago. The vice chancellor of Andhra University said that Ravanna the demon king of Lanka had 24 types of aircraft and a network of landing strips on the island kingdom. A scientist from Tamil Nadu declared that Isaac Newton and Albert Einstein were both wrong and that gravitational waves should be renamed “Narendra Modi Waves”. [1]

The world is well aware that India has produced many great scientists, such as C.V. Raman, Chandrashaker, S.N. Bose, Ramanujan, J.C. Bose (whose house in Darjeeling, Havelock Villa, was next to mine) and others. But a fringe tradition has always existed of debunking Western science and glorifying Hindu myths, which unfortunately appears to have gained ground in present day India. Modi himself told Mumbai doctors that the story of the Hindu god Ganesha showed that cosmetic surgery existed in ancient India.[2]

Many of us in the Tibetan Buddhist world had assumed that this sort of nonsense was the prerogative of the Hindu right and that we Buddhists were more sophisticated about these things –– as exemplified by the Dalai Lama’s attempts over the years to bring about a discussion between “science and spiritualty”.

Then someone sent me this link to a Youtube video where former exile-PM Samdhong Rinpoche not only throws in his lot with the science deniers of the Hindutva right, but seems determined to outdo them in their chauvinism and ignorance.  Here is my translation of  Samdhong statement:

“If we took all the accumulated wisdom that exists on the surface of this planet and piled it one side, we could say with absolute pride and confidence that this pile would absolutely not be able to compete with the Heart Sutra (Shirap Nyingbo). Not only could we definitely make such a statement but we could further declare that it could be fully proven in actual reality. I say this absolutely without any hesitation or doubt.” [3]

I have not read the Heart Sutra. But I am willing to concede that it is a most profound Buddhist sutra and the most important of all such teachings for Samdhong Rinpoche. All religious beliefs are, to those who hold them. My objection is simply in the stupid and boastful way Rinpoche tries to make this into an “us versus them” challenge that is not only un-Buddhist in nature but in a real sense demeaning of Buddhism itself and what the Buddha taught. Rinpoche’s declaration is, bluntly put, on a school yard level of “My dad can beat up your dad”.

Then I came across another video on Facebook of Samdhong Rinpoche holding forth on the ignorance and arrogance of modern scientists. This appears to have been an excerpt from a talk he had given at Tibet House in Germany in 2015. Again, here is my English translation of Rinpoche’s statement:

“Do modern scientists know? They do not know. A person who claims he is a scientist has his word accepted as the genuine truth because of people’s ignorance. Like this, there are many other utterances of ignorance being made by modern scientists. Some of these claims made by scientists these days that they have discovered something new is actually nothing but part of the many discoveries made by Buddhist scholars long long time ago. For instance the great Buddhist scholar of Nalanda, Aryabhat had already stated in the 5th century CE that that the sun and the moon did not move, that the Earth was round and that it revolved. Modern scientists learned of this much much later, and thought that they had learned something absolutely new, but this was something that had existed in Buddhist wisdom a long long time ago.” [4]

Fact check 1: I did not come across any reference to Aryabhata being a Buddhist or Hindu. The scholar K.V. Sarma has written [3] that it was possible that he taught at Nalanda University, but non-Buddhists also taught and studied there. Aryabhata certainly knew that the Earth was spherical and rotated on its axis as did another great Indian mathematician Bhramagupta (600CE) that Samdhong does not mention.

Fact check 2. It might be pointed out that the Greek philosopher and mathematician Pythagoras had first proposed that the Earth was a sphere 1000 years before Aryabhata. Also, 700 years before Aryabhata, Eratosthenes of Cyrene had even calculated the earth’s circumference (with only a 14% error) by measuring the angle of sun’s rays from two distant places on the same day.

“In this context you know of this thing called “then-shuk” (gravity) that they only acquired in the 13 or 14 century, and they think that they discovered something absolutely new. Phakpala in the 1st and 2nd century mentions water running down slopes and stones rolling down heights and he said that it came from the power of the then-shuk of the ground. We knew about this from right back then, but they (Western scientists) only learned about it much much later when a fruit fell on one of their heads. In a sense their’s is like a child’s game, but in another sense it is pathetic. So, once they (Western scientists) had decided on this gravity, they kept on repeating it again and again without investigating it  any further.

Fact Check 3: No one in the scientific world regards the account of the apple falling on Newton’s head as an actual fact. It is just a children’s story and the stuff of cartoons. Furthermore the phenomenon of gravity was not just a casual observation made by Newton, but one from which he formulated his inverse-square law and the equation  that gave us the tools to calculate universal gravitation.

Newton’s equation was successfully used to predict the existence of Neptune, based on motions of Uranus that could not be accounted for by the actions of the other planets.

Also before Newton, Aristotle had conceived his own theory of gravity, and  in 16th century Italy, Galileo carried out many original experiments to calcuate gravitational acceleration. Newton’s theory was first questioned in 1859 by French mathematician Urbain Le Verrier. In fact Newton’s theory has now been superseded by Einstein’s general relativity, though most modern non-relativistic gravitational calculations are still made using Newton’s theory because it is simpler to work with and gives sufficiently accurate results for most applications.

So Samdhong’s statement that  “… once they (Western scientists) had decided on (Newton’s) gravity they kept on repeating it again and again without investigating it any further” is absolutely wrong.

Samdhong Rinpoche then goes on in the video to mention that the Buddha had told his disciples to investigate things for themselves and not to take him at his word. He also talks about Gandhi’s criticism of modern science but misrepresents him in places.

Readers will know that I have on an occasion or two expressed skepticism at the Dalai Lama’ projects to reconcile Buddhism with science. I felt these efforts were a bit New Age-y and seemed to lack substance. I was particularly critical of the scheme to send monks from India to study science for a year or two at American universities, while we were not doing enough in exile to establish a foundational science education for Tibetan children where it was most needed.

But after some reflection (and after recovering from Samdhong Rinpoche’s videos), I must admit that His Holiness’s approach to the whole matter of science and spirituality was refreshingly rational and scientific. In his meetings and discussions with Western  scientists, particularly in the mind sciences, His Holiness never pontificates, but always pays attention to the other discussants. Modern science may not be the Dalai Lama’s area of expertise but his own talks on the subject are never defensive, disputatious or boastful, and one could say that, at a minimum, he is genuinely attempting to bring about advancement and understanding to an admittedly contentious debate.

I hope His Holiness will keep up his efforts in this field and furthermore make it a priority to spread knowledge of modern science among the members of our backward-looking exile community so that they do not fall prey to the ignorant diatribes and arrogance of the religious right.

[4] Heart sutra is superior to the accumulated knowledge of all mankind.
https://www.youtube.com/watch?v=aKtmRqAX4I0

3 Replies to “OCEAN OF IGNORANCE”