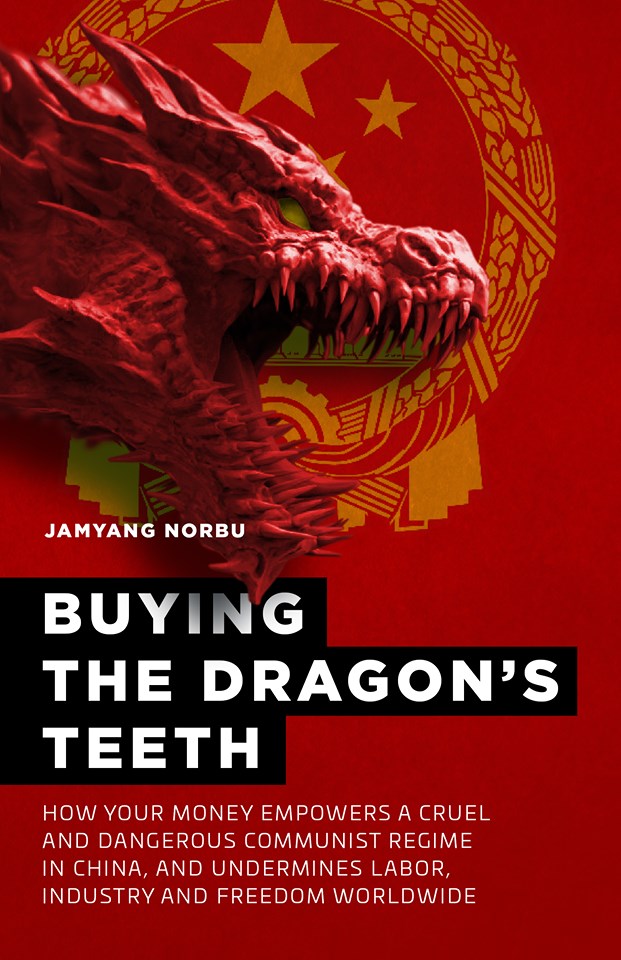 Introduction to the 2020 (coronavirus) edition

I used the example of the dragon’s teeth of Greek legend for the title of my 2004 book to convey the destructive and frightening quality of the malaise that Western leaders in their shortsighted eagerness to do business with China were introducing into their economies, national security and even democratic systems of government.

But now, twenty years later, the dragon malaise has metamorphosed to become an actual global pandemic. Nonetheless the economic origins of the pandemic are clearly discernible, most particularly in the shocking cases of the major outbreaks in Italy and Iran, making them the second–and third–hardest hit nations after China (as of March 15th 2020). Both countries had imported large-scale Chinese labor, in Northern Italy for its fashion industry and in Iran for the building of a railroad (through the holy city of Qom). The Chinese scholar Helen Raleigh provides a revealing analysis of these two abject failures of governance in her article[1] for The Federalist (March 17 2020).

With the world now stricken by the Wuhan/China coronavirus, and the global economy heading for a disastrous depression, it might be the opportune moment to remind the victims of the pandemic (as well as victims of China’s on-going repression and economic tyranny) about the heavy price they are now paying for the cupidity and moral failure of such previous American leaders as Richard Nixon, George Bush Sr., Henry Kissinger, Bill Clinton, et al.

Hence this new edition of Buying the Dragon’s Teeth,which appears to have held up surprisingly well despite being out-of-print all these years. Initially, I thought that some of the information laid out in this old polemic might need updating but on re-reading the book, decided it might be advisable not to change anything, as no major errors were apparent. Even if certain facts and figures are now outdated they were quite valid at the time the book was written, and hence provides a view of the ground realities of the China trade in the early 2000s.

A further reason for not changing anything in the work is that Buying the Dragon’s Teeth was perhaps (I say this in all uncertainty) the first book-length treatise on the drawbacks of doing business with China. Since then others have come out with similar works, most notably President Trump’s trade advisor, Peter Novarro, who wrote Death by China (2011) co-authored with Greg Autry. An academic friend of mine in Washington DC called me when the book was released and declared (tongue in cheek?) that Death by China had clearly been inspired by Buying the Dragon’s Teeth, and suggested I sue.

Besides the questions I had raised in Buying the Dragon’s Teeth, Novarro deals with other important issues as illegal export subsidies and currency manipulation, making Death by China, in the words of the LA Times, “a lucid wake-up call to the imminent dangers of the huge U.S.-China trade imbalance and its disastrous impact on the American economy.” Unfortunately the book undercuts its own powerful arguments with unnecessarily inflammatory language. A feature-length documentary film based on the book, narrated by Martin Sheen, also titled Death by China, was released in 2012.

The success of my own book was modest by comparison, though it was translated and published in Germany and Japan. I must also inform my readers that President Trump has so far not summoned me to the White House to advise him on his trade war with China. But I remain optimistic.

In conclusion I would like to dedicate this book to the memory of Dr. Lisa S. Keary who was the principal editor and moral instigator of this book. Lisa was a tireless and unwavering Rangzen activist, who selflessly and uncomplainingly did all the boring and tedious legwork for our many campaigns, in particular the Boycott Made in China campaign from 2001 onward. She passed away in Thailand in 2015. Lisa, we will always remember you.