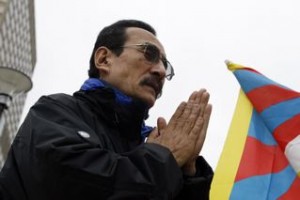 HONG KONG: In 1962, Jamyang Norbu dropped out of school to enlist with a Tibetan guerrilla force, funded by the Central Intelligence Agency (CIA), to fight for Tibetan independence from China. That rag-tag army ran out of steam – and funding – when the US mended ties with China in 1972, but more than three decades after he laid down his arms, Norbu is still, well, ‘sticking to his guns’. Today, the journalist-theatreperson- novelist-blogger is one of the most passionate and articulate – and controversial – spokespersons for the Tibetan cause. His fierce defence of his independent position has at times led him to criticise Tibetan government-in-exile officials in Dharamsala and, on occasion, even the Dalai Lama.

In a telephone interview with DNA from his home in Monteagle, Tennessee, Norbu fleshes out his criticism of the Dalai Lama’s ‘Middle Way’ on Tibet (which favours ‘genuine autonomy’ for Tibet, not ‘independence’). Excerpts:

Q: Do the talks between the Dalai Lama’s envoys and Chinese officials in Shenzhen on Sunday represent a ‘moral victory’ for Tibetans?

A: I don’t think it’s any kind of victory – moral or otherwise. These are not ‘talks’ in the sense of two parties getting together to discuss a problem and making incremental progress. This is a case of Imperial China berating its subject-nations, saying they’ve been bad boys and should behave better. These ‘talks’ are only an opportunity for China to work themselves out of a likely boycott of the Olympics by world leaders.

Q: If it’s as open-and-shut as that, why did the Dalai Lama send his envoys?

A: That’s what all Tibetans want to know: they feel it’s just a political ploy. For Dharamsala, however, it’s an act of desperation. There’s now a very strong voice among Tibetan people, especially among young people… A lot of them, who are coming out of Tibet into exile, are not so reverent of the Tibetan government-in-exile. They are now saying that the Tibet government’s policy – and the Dalai Lama’s ‘Middle Way’ approach – is a failure. The Dalai Lama in some ways is desperate. He doesn’t comprehend the nature of modern politics – and I don’t think he has an understanding of totalitarian regimes.

Q: In your view, what is wrong with the ‘Middle Way’ approach?

A: I think it’s a complete failure. I believe in Gandhian non-violence, but I believe that non-violence has, to some extent, be confrontational. It cannot be an excuse for not doing anything. The ‘Middle Way’ approach is more like a begging bowl approach – asking China and world leaders to do something about Tibet. It does not confront China with the wrongs it is doing in Tibet and putting it in the hot seat. China is susceptible to this, because the Chinese brand of tyranny is to take the moral high ground by maintaining that they are on the side of good. It’s completely invalid, and that’s something Tibetans can use to shatter the self-image of the Chinese. The Dalai Lama and the Tibetan government don’t understand this.

For instance, the uprising in Tibet since March is a huge lesson for China. For the first time, every Chinese now knows there is a ‘Tibetan issue’; they’ve now seen the Tibetan national flag. It’s a good starting point…

Q: But hasn’t it also whipped up Chinese nationalism and made it harder for any concessions to be made?

A: This ‘nationalism’ is a reaction, but who is it against? Deep down it’s against the Communist Party. The Chinese people don’t have a choice about whom to demonstrate against, but their anger is in a sense born of the shame at how the world views them. In China, a lot of people recognise the tremendous inequities in society. This so-called nationalism can easily turn against the regime.

Q: You once took up arms for Tibetan independence. Is there a risk of the movement returning to radical ways?

A: I’m completely against terrorism. It’s not just counter-productive, it destroys your entire campaign because the same message can be used against you when you’re in power… It spawns a vicious cycle, as in Pakistan.

I’ve been discouraging people against armed insurgency, but I’m not a Gandhian in the absolutist spiritual sense… I favour an approach where even when you use non-violent methods, they must be action-oriented, and to an extent confrontational. There is, of course, a price to pay, but you pay it anyway.

Tibetans realise that China is not going to give them anything; in a way, it’s all or nothing. They also feel that the regime – no matter how impressive – is fairly frail. There’s tremendous nervousness in the regime: if one person says ‘Down with the Communist Party’, it sets the cat among the pigeons. On that level, there’s a huge immaturity in China.