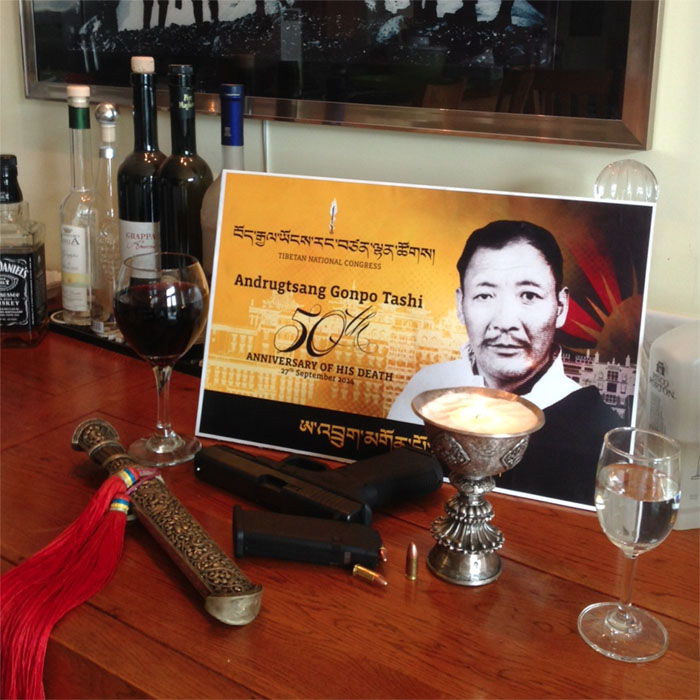 Andrug Jindak enjoyed his chang and arak in the evening, but was a moderate drinker according to his secretary Loten la, who is in the background photograph 3rd from right. Left of him is Kusho Lhamo Tsering, chief of operations. In the center is Baba Gyen Yeshi, who Jindak appointed as commander of Mustang. I am having my first drink of the evening and I want to raise my glass to the memory of Andrug Jindag and all the other brave men and women who fought and died for Tibetan freedom.

63 Replies to “Remembering Our Rangzen Warriors”