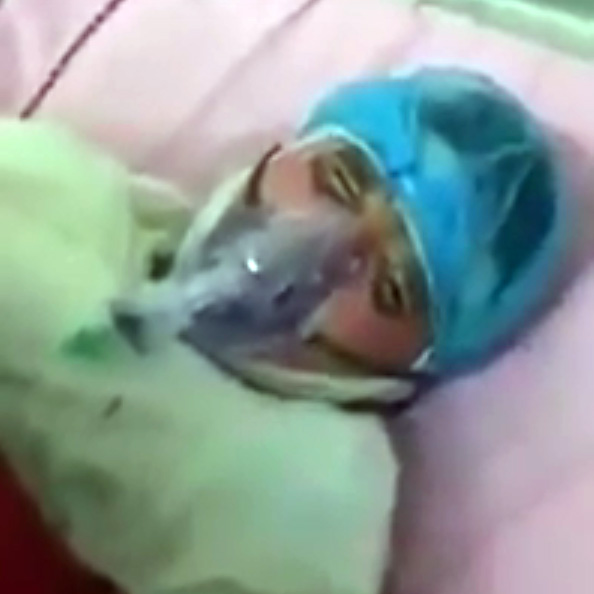 Quite a few months have passed since the Sikyong elections and the strange events that followed. Nonetheless, being reminded of that depressing experience by a fuzzy Facebook video of the emetic countenance of Speaker Penpa Tsering staring at his rival Dr. Lobsang Sangay being sworn in for yet another five years of purposeless posturing, is still enough to plunge one in a miasma of existential despair for the future of the Tibetan cause and people.

After the Election Commission’s last-minute rewriting of its rules to remove Lukar Jam Atsok, the only candidate who, in spite of an untactful remark or two, had something important, even vital to say, the entire exercise essentially devolved into a sycophantic contest to demonstrate which candidate was more loyal to the Dalai Lama. The flip side of this loyalty fest were nasty back and forths about who was “hurting His Holiness’s feelings” by not carrying out his wishes to the absolute T. Check out journalist Choenyi Woser’s excellent post for details.

Samdong Rinpoche, former PM and self-styled Mahatma, put in his petulant two cents worth declaring he would not vote in the elections as both candidates were competing and not cooperating in true Gandhian fashion, which is ignorant twaddle at best, if we recall how Gandhi ruthlessly maneuvered Subhas Chandra Bose out of the Congress president’s seat in 1939. But perhaps Rinpoche was just implying that the two Sikyong candidates were not groveling uniformly enough in their craven subservience, which is the requisite deportment for success (even survival it seems) in exile Tibetan society these days.

Soon afterwards the Nechung and the Tsering Chenga oracles joined the sycophancy chorus making oracular declarations rebuking the candidates for not paying attention enough to the security and long life of the Dalai Lama. Not to be left behind, the major abbots and lamas of the Gelukpa school led by the Ganden Tripa hurriedly convened in Dharamshala to “tender apologies” and offer “contrition” to the Dalai Lama for “the untoward developments… of the last few months.” After their audience with the Dalai Lama they announced that “His Holiness had reaffirmed he would live till the age of 113.”

Everyone, I suppose, heaved a huge sigh of relief at that. I just poured myself a stiff one.

During the election campaign and the events that followed nothing was discussed, not even incidentally, about the Tibetan cause or struggle. I didn’t see any reports of political debates or discussions on Chinese repression inside Tibet, for example: the arrests of Tibetan writers Lobsang Jamyang (aka Lomik) and Drukar Gyal (aka Shokjang), or the popular demonstrations in Minyak to protest Chinese mining, or even the issue of self-immolations – three of which of which took place within this period.

Sonam Tso of Dzoge (50), mother of five, set herself on fire and died on March 23rd “to protest Chinese rule in Tibet”. Kalsang Wangdu (18), a monk of Retsokha Aryaling Monastery self-immolated on February 29 in Nyarong, Kham “…calling for complete independence for Tibet.” On the same day, a young exile, Dorje Tsering (16), set himself on fire in Herbertpur town (Dehradun) and was rushed to a hospital in Delhi but passed away after three days. He called out “…’Free Tibet’ as he ran engulfed in flames.”

I would like to discuss Dorje Tsering’s immolation at some length, not because it is in any sense more significant than the many others that have happened inside Tibet, but as it took place in exile the recording of a full deathbed statement was made possible.  The statements I came across on iPhone videos are remarkable for the courage and commitment of the young man but for his clear thinking as well. The two videos are difficult to watch as it is obvious that Dorje Tsering was in great pain when speaking. It also appears that he was not under sedation as his thoughts were clear and organized. He even offered his name, age, school, the day of the month and reasons for his action, and details of its execution. The English translation is by Free Tibet, London. I have taken the liberty of making a couple of corrections. From the first video:

My name is Dorje Tsering. I am a 16-year-old student of Tibetan Homes School, Mussoorie. In 1959, China occupied our Tibet. This caused Tibetans to become fragmented… some are in Tibet, others in exile in many countries. I have had a strong determination to do something for Tibet since my early childhood. I thought if there was something I could do for Tibet, the only option would be to burn my body. I bought kerosene and matches and burned myself. It seems the kerosene I put on my body was not enough to burn it completely, only the outside and not do much damage to my body internally. I did think about my parents and family at first. In the past I asked my father and mother many times how it would be if I self-immolated. My parents would always say that they would feel very sad, so sad that they would die. But I’ve given up my parents for the sake of Tibet. Finally I want to say long live His Holiness and I pray that Tibet may gain independence as soon as possible. “May Tibet be Victorious”.

In a subsequent video where he again mentions his name, age, school and the date of his self-immolation he provides a more detailed reason for what he thought his action would achieve. Excerpt from the second video

…I realized there was nothing else I could do besides making the sacrifice of self-immolation. Because if I self-immolate everyone will be shocked to realize he had set fire to his own body. So when they think that, countries like UK, America… Africa … wherever, they will pay attention to Tibetans and support us and help us.

The young man’s hope of bringing international attention in the Tibet issue might seem naive to some. But let us not forget the self-immolation of the humble Tunisian vegetable-vendor that sparked the Arab Spring. Given Dorje Tsering’s clear thinking I am sure he saw his sacrifice as a contribution to the freedom struggle but not something that would change everything overnight.

Nonetheless his sacrifice was substantial enough to gain the attention and support of U.S. Presidential candidate Hillary Clinton. TNC leader Jigme Ugen met her on March 1 at a campaign rally. She was deeply moved by the young man’s story and said “…my best wishes are with this boy and his family… We will have to keep China accountable on human rights and the situation in Tibet.” A photograph was taken of Hillary Clinton holding a photograph of Dorje Tsering that Clinton suggested might be forwarded to let him know that a world leader had paid attention to his sacrifice. The photograph was texted to his father at Safdarjang hospital where Dorje Tsering saw it before he died.

I have no doubt that besides Mrs. Clinton many others will not forget the misleadingly sweet face that masked the steely determination of this young man. His actions have strengthened in me the resolve to keep on fighting for the cause of Tibetan independence, and also to never give up my task of exposing of CTA’s wretched Middle Way policy of self-abasement to China. If China’s occupation and repression in Tibet was the principal reason for this young man to set himself alight, then – in a real sense – the secondary cause was almost certainly the Tibetan government abandoning the struggle for Tibetan independence.

In addition to the renunciation of our national goal, it was the campaign initiated by Dharamshala to demonize and marginalize Rangzen  activists that I now clearly see as the cause for Dorje Tsering’s death. Think about it for a moment. If the Rangzen struggle was still ongoing and vital as it was in the seventies and eighties, there would be plenty for the young man to do. For instance if the Tibetan Youth Congress had not been eviscerated by Dharamshala and was still its earlier dynamic self, I have no doubt you would see Dorje Tseten at the forefront of the Mussoorie RTYC leading a demonstration or a hunger strike against a visiting Chinese leader in Delhi.

But blaming Dharamshala and Middle Way yahoos alone is perhaps unfair. All of us involved in the Tibetan struggle, even Rangzen activists – including myself, have to share some of the blame. In our fear of “…hurting the Dalai Lama’s feelings” and of offending or undermining CTA we perhaps made too many compromises and did not fight hard enough to maintain the integrity of the Rangzen struggle, allowing, in the end, a brave, committed, sixteen-year old to come to the fateful conclusion that there was no other way to free his nation and his people except by setting himself ablaze.

97 Replies to “The Clarity of Committment (Part 1)”